Tourism in West Bengal refers to West Bengal's tourism. West Bengal is a state in the eastern region of India and is the nation's fourth-most populous. The state capital is Kolkata (formerly Calcutta). The state encompasses two broad natural regions: the Gangetic Plain in the south and the sub-Himalayan and Himalayan area in the north. The tourism in West bengal is maintained by WBTIDC, a state government owned enterprise.

West Bengal is very safe for foreigners. There is hardly any incident of crime against foreigners in recent years. People are friendly and accept people of different cultures warmly. As a foreigner you might find people staring at you but they are just curious. But if you notice anything objectionable in their behaviour with you, face them boldly and ask for help. People are helpful and you will have them coming to your rescue. You may also call the police. They are reliable. There are certain areas in West Bengal infested with Maoists insurgents and the State government along with the central forces is in a state of battle with them. These areas are mostly located to the south-west of West Bengal along its border with neighbouring state of Odisha (formerly Orissa) and Jharkhand. The areas include, district of Paschim Medinipur, parts of Purba Medinipur, Purulia and Bankura. These places though have rich tribal culture heritage, are not usually flocked by tourists. Those planning to visit must assess security situation prevailing at that time. Though the targets of the insurgents are mostly personnel of security forces, few attacks on civilians were also reported in the past. Thankfully, incidence of Maoist violence has gone down in recent times but they continue to be a ruthless force. Apart from that the rest of West Bengal is very tourist friendly. 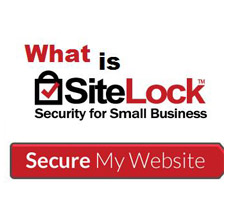